There is a tradition among Latter-day Saints that Jesus Christ was born on April 6th. Everyone seems to believe it, but nobody seems to know why. In my super humble opinion it is complete bunk, and hopefully over time the tradition will fade. For more on this Mormon myth see here.

Elder James E. Talmage* was very influential in the establishment of this tradition. In this blog post, though, I’m going to suggest that Talmage later changed his mind about Christ’s birthday. In 1915 he wrote the following in his enormously popular book “Jesus the Christ”:

As to the season of the year in which Christ was born, there is among the learned as great a diversity of opinion as that relating to the year itself. It is claimed by many Biblical scholars that December 25th, the day celebrated in Christendom as Christmas, cannot be the correct date. We believe April 6th to be the birthday of Jesus Christ as indicated in a revelation of the present dispensation already cited [D&C 20:1], in which that day is made without qualification the completion of the one thousand eight hundred and thirtieth year since the coming of the Lord in the flesh. This acceptance is admittedly based on faith in modern revelation, and in no wise is set forth as the result of chronological research or analysis. We believe that Jesus Christ was born in Bethlehem of Judea, April 6, B.C. 1. (Talmage, “Jesus the Christ”, 1915, pp. 98)

As you can see, Talmage dates Christ’s birth to April 6th. The occasion for this blog post is a quote that I recently discovered while researching an unrelated topic. In 1931 Elder James E. Talmage delivered an address entitled “The Earth and Man” which was later published as a pamphlet under the authorization and direction of the First Presidency (a fascinating story in itself). Here is the relevant quote from that talk:

If the Usher chronology be correct, or even approximately so, then the beginning of Adamic history as recorded in scripture dates back about 4000 years before the birth of Christ. We as a Church believe that the current reckoning of time from the birth of Christ to the present is correct, namely 1931 years — not from last New Year’s day, January 1, but from the month that came to be known among the Hebrews as Nisan or Ahib, corresponding with our late March and early April. So we believe that we are now living in the 1931st year since the birth of Christ, and therefore 5931 years since the beginning of the Adamic record.

In case you didn’t catch it, Talmage places Christ’s birth somewhere in “late March [or] early April” based on those months’ correlation with the Hebrew calendar. No longer is Talmage assertively stating that “we believe” in a specific birthdate for Christ. I believe that if Talmage still thought Christ was born on April 6th he would have said as much on this occasion. This isn’t a silver bullet, but it would appear that sixteen years after writing “Jesus the Christ” Elder Talmage was no longer so sure about the exact date of Christ’s birth.

The implications? It might not be possible for proponents of the April 6th myth to appeal to James Talmage anymore. 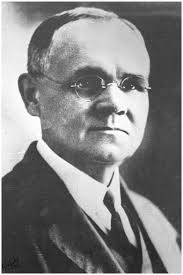 *By the way, Elder James E. Talmage is one of my very favorite historical Latter-day Saints. Being a geologist myself (as was Talmage), and following his legacy in regard to science and Mormonism, I have great respect for that Apostle.